Our programs often use State Machines even though we might not even realise it.

How often do we have something called State and associated rules how states can change? Well there we most likely have a State Machine.

Let’s take a Ticket in issue tracking tool Jira as an example of a State Machine. Each Ticket can have multiple states and states can change only following a set of rules according to Default workflow diagram.

Instead of writing all conditions here, it can be better expressed using the following diagram: 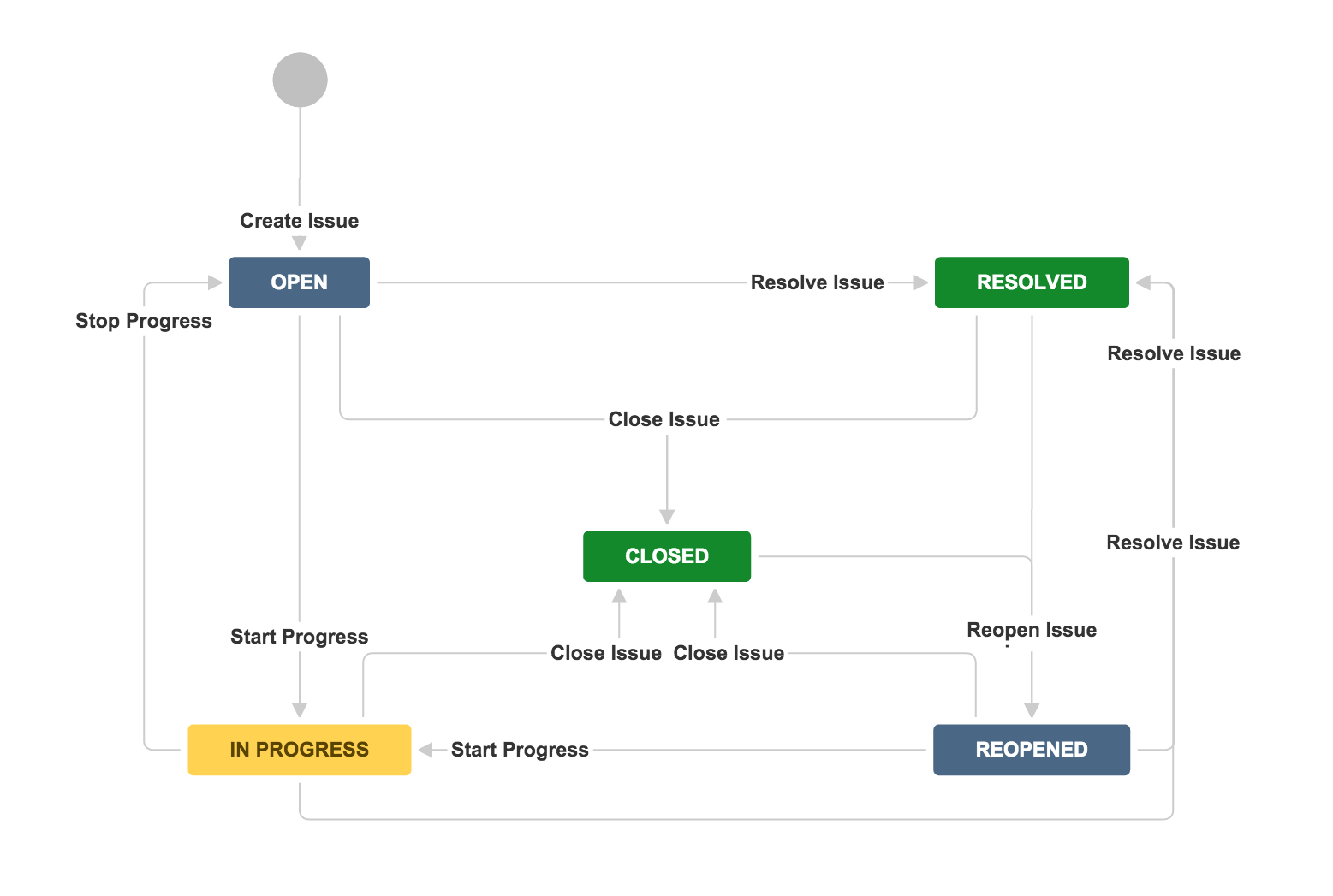 Show me the code

There are existing libraries for State Machine implementation in Swift, some of them very sophisticated and advanced. But often a simple solution is just enough…

A state machine is defined using StateMachine protocol. Let’s have a closer look…

This is a type representing a State of a state machine. This will most likely be an enum. It is Hashable so it can be stored in Set of allowed state transitions.

This is the main magic behind our state machine: its state transition table. For each possible state, it defines what are the next states the state machine is allowed to transition to. It is basically code definition of the state diagram above.

Determines whether the transition to next state candidate is allowed from current state.

Performs the transition of a state machine to next state. It is marked as mutating because it mutates the state.

The extension provides default implementation of canTransition(to:). By default does the expected: state transition is allowed when stateTransitions allows it.

The example implementation is pretty straightforward.

Ticket can transition states when mutable (defined as var).

Because the transition(to:) is mutating, it cannot be called on immutable ticket defined using let.